A Jyotirlinga(12 Jyotirlinga), also known as a Jyotirlingam, is a Hindu god Shiva’s devotional representation. The term comes from the Sanskrit words jyotis, which means ‘radiance,’ and linga, which means ‘light.’ In India, there are twelve traditional Jyotirlinga shrines.

Jyotirlinga story – According to the Shiva Mahapurana, Brahma (the god of creation) and Vishnu (God’s form during preservation) once quarrelled over creation’s dominance. Supreme God Shiva pierced the three worlds as the Jyotirlinga, a massive endless pillar of light that later cooled into the holy mountain Annamalai, to resolve the debate (on which the Temple of Arunachalesvara is located).

To find the end of the light in either direction, Vishnu and Brahma split their paths downwards and upwards, respectively. Brahma claimed to have discovered the solution, though Vishnu admitted defeat. Brahma’s deception enraged Shiva, who cursed him, saying that despite being the founder of the world, he would not be worshipped. The jyotirlinga is the Supreme Shiva, a part less existence from which Shiva manifested as Lingodbhava in another form. Temples where Shiva appeared as a fiery column of light are known as jyotirlinga temples.

Originally, there were thought to be 64 jyotirlingas, with twelve being particularly auspicious and holy. The presiding deity’s name is given to each of the 12 jyotirlinga locations, which are each considered to be a different manifestation of Shiva. The primary image at all of these locations is a lingam representing the infinite Stambha pillar, which represents Shiva’s infinite existence. 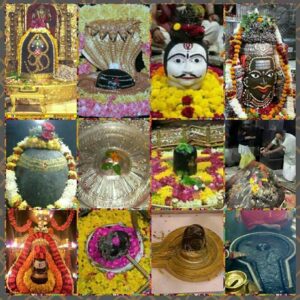 12 Jyotirlinga Images with Name and Place:

Somnath: The Somnath temple (also known as the Deo Patan) is considered to be the first of Shiva’s twelve jyotirlinga shrines. Somnath Mandir is situated in Veraval, Saurashtra, on the western coast of Gujarat, India. Gujarat’s most popular pilgrimage and tourist destination. The new temple was rebuilt in the Chalukya style of Hindu temple architecture and completed in May 1951, after being destroyed many times in the past by various Islamic invaders and rulers. 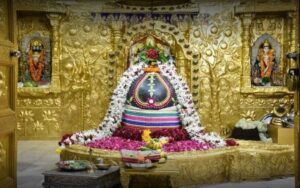 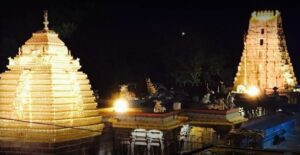 Mahakaleshwar Temple : Mahakaleshwar Jyotirlinga is a Hindu temple dedicated to Lord Shiva and one of the twelve Jyotirlingas, or shrines, considered to be Lord Shiva’s most sacred abodes. It’s in the Indian state of Madhya Pradesh, in the ancient city of Ujjain. The Mahakaleshwar Temple is located on the banks of the sacred Kshipra River. In contrast to the other images and lingams that are ritually formed and invested with mantra-shakti, the presiding deity, Lord Shiva in the lingam form, is believed to be Swayambhu, deriving currents of power (Shakti) from within itself. 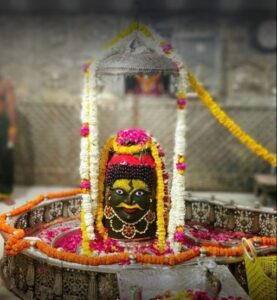 Omkareshwar MP : Omkareshwar Temple Indore is a Shiva-dedicated Hindu temple. It is one of Shiva’s 12 sacred Jyotirlinga shrines. Omkareshwar temple mp is located on the Mandhata or Shivpuri island in the Narmada river in the Khandwa district of Madhya Pradesh, India; the island’s shape is said to resemble the Devanagari symbol.

Kedarnath Temple : The Hindu temple (shrine) of Kedarnath is devoted to Shiva. Kedarnath is in the Indian state of Uttarakhand, near the Mandakini river, on the Garhwal Himalayan range. Due to severe weather conditions, the temple is only open to the general public from April to November (Akshaya Tritiya) (Kartik Purnima, the autumn full moon). During the winter months, the vigraha (deity) from Kedarnath temple is transported to Ukhimath and worshipped for the next six months. Kedarnath Temple is regarded as a single manifestation of Shiva, the ‘Lord of Kedarkhand,’ as the region’s historical name suggests. 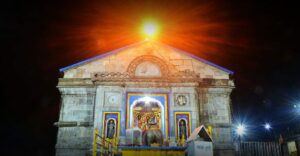 Kashi Vishwanath Temple: One of the most well-known Hindu temples dedicated to Lord Shiva is the Kashi Vishwanath Temple. It is situated in Varanasi’s Vishwanath Gali, Uttar Pradesh, India. The Kashi Temple is one of the twelve Jyotirlingas, or Jyotirlingams, the holiest of Shiva Temples, and is located on the western bank of the holy river Ganga. Shri Vishwanath and Vishweshwara are the names of the main deity, which literally mean “Lord of the Universe.” In ancient times, Varanasi was known as Kashi, and the temple is now known as Shri Kashi Vishwanath Temple. Vishva: Universe, Ishvara: lord, one who has dominion is the etymology of the word Vishveshvara. 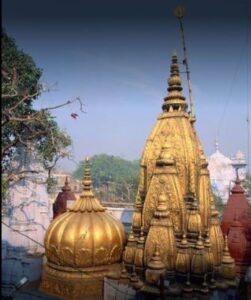 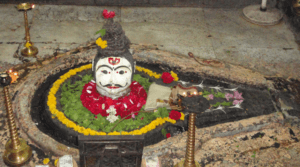 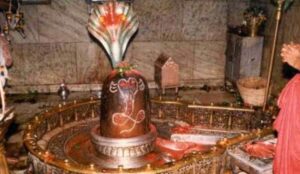 Nageshvara Jyotirlinga: The Nageshwar Jyotirling Temple is 18 kilometers from Dwarka, Gujarat, which is one of India’s top seven Hindu holy cities. According to the Shiv Purana, Shiva defeated a demon called Daruka and his army to rescue his imprisoned devotee Supriya in Nageshwar form (body full of serpants). The idol is Dakshinamurti, and the temple is made of pink stone. Devotees are permitted to enter the sanctum and perform abhishek on the linga with the help of the local priest, but only in traditional garb.

Nageshwar Jyotirlinga Temple Timings : The nageshvara jyotirling temple is open from 7 a.m. to 9 p.m. every day. 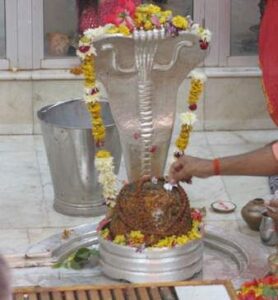 Ramanathaswamy Temple : Ramanathaswamy Temple is a Hindu temple dedicated to the god Shiva that is situated on the island of Rameswaram in the Indian state of Tamil Nadu. Ramanatha Swamy Temple is also a Jyotirlinga temple, one of the twelve Jyotirlinga temples. It is one of the 274 Paadal Petra Sthalams, where Appar, Sundarar, and Tirugnana Sambandar, three of the most revered Nayanars (Saivite saints), have glorified the temple with their songs. Among all Hindu temples in India, the temple has the longest hallway. Rameswaram, where the temple is situated, is a sacred pilgrimage site for Shaivites, Vaishnavites, and Smarthas. Before crossing the bridge to Lanka, Rama founded and worshiped the presiding deity, the Lingam of Ramanathaswamy (Shiva). 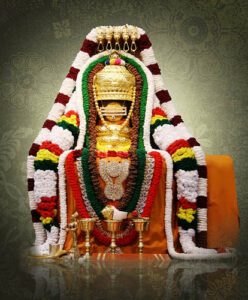 Grishneshwar Temple : The Grishneshwar Jyotirlinga Temple, also known as Ghrneshwar or Ghushmeshwar Temple, is one of the shrines dedicated to Lord Shiva mentioned in the Shiva Purana. Ghrneshwara is Sanskrit for “King of Compassion.” The Ghushmeshwar Jyotirlinga temple is a significant pilgrimage site in Hinduism’s Shaiva tradition, which regards it as the twelfth or final Jyotirlinga (linga of light). This pilgrimage site is situated in Ellora (also known as Verul), about a kilometer from the UNESCO World Heritage Site Ellora Caves. 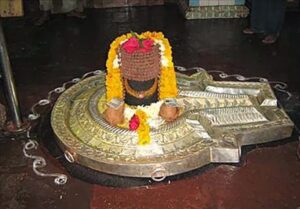