Basara Saraswathi Temple is a Hindu temple dedicated to Goddess Saraswati that is located on the banks of the Godavari River in Basar, Telangana, India. Basara Temple is one of the two most famous Saraswati temples in India, the other being Sharada Peeth. Saraswati is the Hindu Goddess of wisdom and knowledge. Children are brought to the temple for the Akshara abyasam learning ceremony.

According to Mahabharatha, following the Kurukshetra War, Maharishi Vyas and his pupils, as well as the sage Viswamitra, opted to settle down in a calm and peaceful environment. In his search for a calm haven, he came to Dandaka woodland and, impressed by the area’s tranquillity, chose it. Because Maharishi Vyasa spent so much time praying, the area became known as “Vasara,” which later became Basara due to the Marathi language’s impact in this region.

This Basara Saraswathi Temple is also thought to be one of three built around the confluence of the Manjira and Godavari rivers.

Historically, the temple in Basara was built by ‘Bijialudu,’ a Karnataka king who ruled the province of Nandagiri with Nanded as his capital in the sixth century. Following the destruction inflicted by Muslim invaders, the temple’s idols were restored in the 17th century by a chieftain of Nandagiri (Nanded).

Many pilgrims visit Gnana Saraswati Temple Basar to undertake the “Akshara abhyasam” ceremony for children before they begin formal schooling. The children practise letter formation and dedicate books, pens, pencils, and notebooks to the goddess of wisdom. The Puja at the temple begins at 4 a.m. with Abhishekam and lasts for an hour. At 5 p.m., they begin the Alankarana, in which the fresh sarees are ornamented to the goddesses. The entire atmosphere is holy and pure. At 6 a.m., the aarti begins at the temple, followed by the distribution of prasadam to the devotees.

During Maha Shivaratri, the temple holds special poojas and celebrations that begin 15 days before (Vasantha Panchami) and end three days after the festival. During Dasara, Devi Navarathrulu is celebrated for ten days.

The temple also features a Mahakali idol on the first level, next to the main temple. Devotees frequently visit the neighbouring mountain, which has an Idol of Goddess Saraswati atop it. In the sanctum sanctorum, an image of Lakshmi stands alongside the Goddess Saraswati. Basara is regarded as the residence of the divine trinity due to the presence of Saraswati, Lakshmi, and Kali.

Other Places to visit near Basara Temple:

How to reach Basara Saraswathi Temple:

The Basara Temple is around 210 kilometres (by road) from the nearest city of Hyderabad. It is well served by district buses operated by TSRTC. MSRTC buses also run from Hyderabad, Nanded, and other locations. Basar Railway Station, roughly 2.4 kilometres distant, is the closest railway station to the shrine. 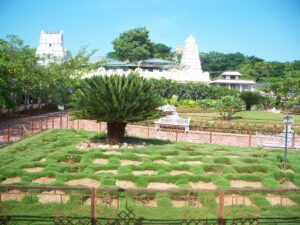 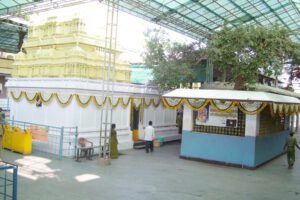 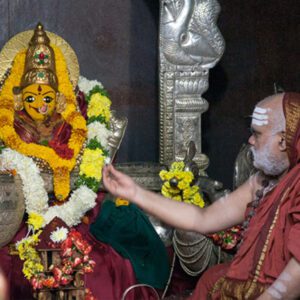 Other Famous Temples in Telangana: 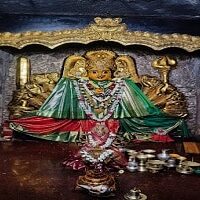 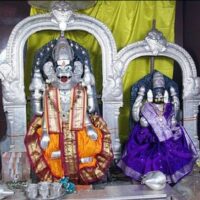 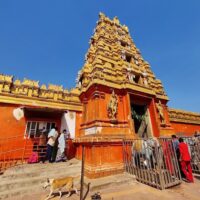