The Hindu god Vishnu is honoured in the Adi Jagannatha Temple(Thirupullani Temple) in Thiruppullani, a village on the borders of Ramanathapuram in the South Indian state of Tamil Nadu. Rama is said to have used grass, or “pul,” as a cushion when he slept (thalai annai in Tamil), which is how the place got its name, Thiruppullani.

One of the 108 Divyadesams honouring Vishnu, also known as Adi Jagannatha and his consort Lakshmi, as Padmasini, is dedicated to him.

According to Hindu mythology, Rama prayed to Samudraraja (the Ocean God) in the epic Ramayana to find a way to Lanka. He performed a penance by lying in Kusa grass (also known as Dharba grass), which is known as Dharbasayanam in Sanskrit.

Another myth claims that Dasharatha, the father of Rama, made numerous sacrifices and underwent extensive penance in order to obtain the holy payasam. As a result of his equal distribution to his three wives, Rama, Lakshmana, Bharatha, and Shatrughna were born.According to a mythology, a childless couple engages in nagapradishta worship, which involves erecting a statue of the snake god at a temple. When a childless couple prays for a child, sweet pudding is presented. When this type of worship is carried out, it is claimed that Adi Jaganatha bestows a kid like Rama. 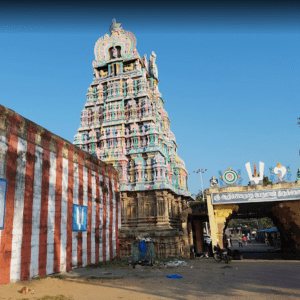 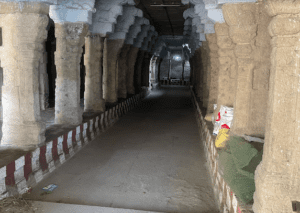