Mahadeva Temple Tambdi Surla is The 13th century AD temple to Lord Shiva that is still utilised today for Hindu devotion displays the contribution of the Goa-Kadamba Dynasty against a backdrop of lush greenery. It is an ASI-protected Monument of National Importance in Goa.

Basalt was transported across mountains from the Deccan plateau, where it was sculpted by artisans before being used to construct the temple in the Kadamba style. It is regarded as the only remaining example of Kadamba building made of basalt stone that is located in Goa. Due to its isolated location in a clearing deep within the forest at the base of the Western Ghats, which surround the site, the temple has survived unaltered.

The temple, which honours Lord Shiva, is similar to the Aihole temples in the neighbouring state of Karnataka. The inner sanctuary contains a linga (a representation of Lord Shiva) placed on a pedestal, and according to local lore, a giant king cobra lives there permanently.

The temple consists of a basalt-pillared Nandi mandapa, antarala, and garbhagriha. A stone ceiling with well carved Ashtoken lotus flowers is supported by four pillars ornamented with elaborate carvings of elephants and chains.

The interior and outside of the structure are decorated with beautiful carvings made by talented artisans. On panels along the sides of the temple, bas-relief representations of Lord Shiva, Lord Vishnu, and Lord Brahma with their respective consorts may be seen. Unusually, a roof made of plain, grey, sloping slabs covers the mandap (pillared hall). The deity will receive the first rays of the rising light because the temple is facing east. The inner sanctum is topped by a three-tiered tower with a small mandap that is either incomplete or has been demolished in the distant past.

The mandap’s centrepiece is a headless Nandi (bull, Shiva’s chariot), which is encircled by four identical columns. On the base of one of the columns is a carving depicting an elephant stomping a horse, which served as the Kadamba kingdom’s emblem. A flight of stone steps leads down to the neighbouring river Ragado, which flows through the village of Keri, Sattari, where ceremonial bathing is practised.

Locals from the nearby villages gather at the temple to fervently commemorate the Mahashivratri festival. The temple was constructed in a remote area that was far from the main settlements of the era. When compared to other Goan temples, the temple is modest.

Although it is an adventurous trip, Tambdi Surla Waterfall Trek is also dangerous, which adds to its mystery. It is situated 60 kilometres from Calangute Beach in Goa, on the border between Karnataka and Goa. Let’s look at why this trip is so talked-about and why you should take it at least once in your lifetime.

By Rail: Kulem Railway Station, which is located approximately 21 kilometres from the temple, is the closest railhead. You may easily hail a cab from the station to get to the shrine.

By Road: Tambdi Surla and the surrounding area are well connected to all other locations by road. Consequently, it is simple to travel to the temple by road. 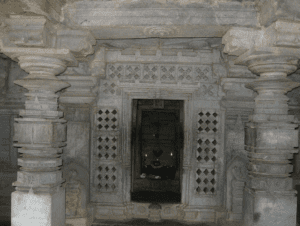 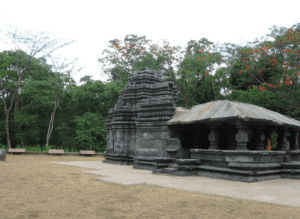 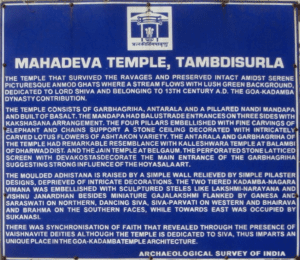 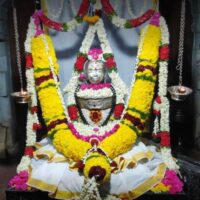 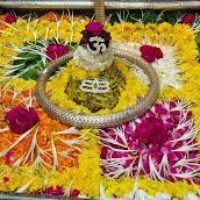