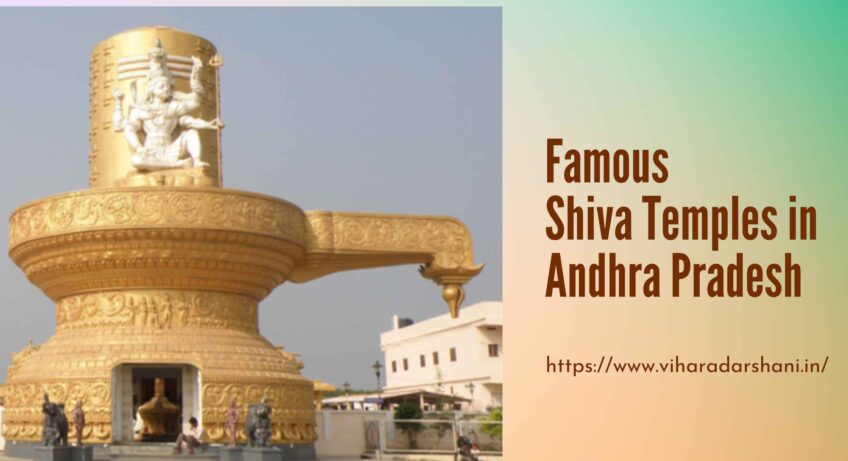 There are some important shiva temples in andhra pradesh. Below we give the list of famous Shiva Temples in Andhra Pradesh. There are Amararama Temple, Bhairavakona Temple, Kapila Theertham, Yaganti, etc. 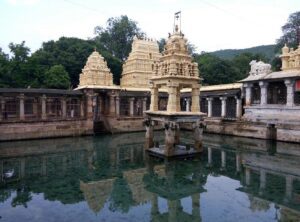 Amararama Temple : Shiva, the Hindu god, reveres Amararama as one of the five Pancharama Kshetras.The Amararama temple is located in the Guntur district of the town of Amaravathi in the Indian state of Andhra Pradesh. In this temple, Lord Shiva is referred to as Amareswara Swamy or Amaralingeswara Swamy. On the southern bank of the Krishna River is where you’ll find the Amaravati Temple. The spouse of Lord Amareswara Swamy is Bala Chamundika.

Bhairavakona Temple : In the centre of the Nallamala Hills in the Prakasam district of the Indian state of Andhra Pradesh, in Ambavaram, is the holy site known as Bhairavakona Temple. Bhairavakona, located 145 miles from Nellore and Ongole, is a beautiful natural area with an ancient rock-cut cave shrine. The Eka sila temple is fashioned from a single block of stone. The distance between Udayagiri and Bhairavakona in the Nellore district is 43 kilometres.

Kumararama Temple : One of Shiva’s five holiest Pancharama Kshetras is Kumararama or Bhimarama (Chalukya Kumararama Bhimeswara Temple). The temple is situated at Samalkota, Kakinada district, Andhra Pradesh, India. The remaining four temples are located in Amaravati (Dist. Guntur), Draksharama (Dist. East Godavari), Palakollu (Ksheerarama), and Bhimavaram (Somarama) (both in Dist. West Godavari). It is one of the nationally significant monuments that is centrally protected.

Kapila Theertham : In Tirupati, Andhra Pradesh, India’s Chittoor district, there is a well-known Saivite Temple and Theertham called Kapila Theertham. Lord Siva, here referred to as Kapileswara, according to Kapila Muni, is where the idol is installed.

The timings for Sri Kapileswara Swamy is from 5 AM to 9 PM.

Kotipalli Temple : The Kotipalli Someswara Swamy Temple, also known as Koti Theertham (Kotipalli Temple), is located in the East Godavari district of Andhra Pradesh, India, in the K. Gangavaram mandal of the Ramachandrapuram Revenue Division. The Pancharama Kshetras Kumarama is another name for the temple town, which is 15 kilometres from Amalapuram. Festivals like Maha Sivaratri, Vaisakha Suddha Ekadasi, Aswayuja Suddha Padyami to Dwadasi, and Ksheerabdi Dwadasi Teppotsavam are yearly observed in this village.

Ksheerarama Temple : One of the five Pancharama Kshetras revered by the Hindu god Shiva is Ksheerarama. The Ksheerarama temple is situated in the Indian state of Andhra Pradesh’s Palakollu in West Godavari. Locally, Shiva is referred to as Ksheera Ramalingeswara Swamy. Vishnu established the Sivalinga. One day spent in Ksheerarama is thought to be equivalent to a year spent in Varanasi. It is one of the nationally significant monuments that is centrally protected.

Kukkuteswara Temple : The Kukkuteswara Temple, also known as the Pithapuram Temple, is an ancient Shiva temple located in Pithapuram, Andhra Pradesh’s East Godavari region. It is one of the 18 Shakti Peethas in India and is situated 20 km from Kakinada and 75 km from Rajahmundry. You will be drawn to the Yaka Sila Nandi once you arrive at the temple, finish the pradishana, and stand in front of the Dhwaja Stambha (Single Stone Nandi). After the Lepakshi Basaveshwara Nandi, the Yaka Sila is the largest.

Kundeshwara Temple : Indian state of Andhra Pradesh’s Chittoor district is home to the Kundeshwara Temple. It is devoted to Kundeshwara, a goddess (the Hindu god Shiva). It was created in the eleventh century. It is in the Kattamanchi region. the Chola era.

It is significant to the Hindu sects of Shaivam and Shaktam because this srisailam mallikarjuna temple is one of the twelve Jyothirlingas of Lord Shiva and one of the eighteen srisailam shakti peeth of Goddess Parvati.

Neelakanteshwara Temple, Antarvedi : The Neelakanteshwara Temple in Antarvedi is renowned for being a special temple. Shiva and Parvati, also known as Neelakanta, are the presiding deities of this temple. It is one of the most significant Shiva temples in India since the Puranas claim that Brahma worshipped the idol of Lord Shiva there. During the ShivaRatri Festival, people swarm to this temple, one of India’s ancient temples. In Andhra Pradesh’s Konaseema district is where you’ll find Antarvedi.

Sangameshwara Temple Kurnool : The Sangameshwara temple is a Hindu temple located in Kurnool District, Andhra Pradesh, India. It is located at the Krishna and Bhavanasi Rivers’ confluence near Muchumarri on the Srisailam Reservoir’s beachfront, where it is partially hidden and emerges when the water level drops to the proper level. After the Srisailam Dam was erected in 1981, it was initially submerged and then first came to the surface in 2003.

Srikalahasti Temple : Srikalahasti Town, in the Indian state of Andhra Pradesh, is home to the Srikalahasti Temple. It’s one of the most well-known Shiva temples in South India.Thirty-six kilometres from Tirupati, the Sri Kalahasteeswara Swamy Temple is well known for its Vayu linga, one of the Panchabhoota Sthalams that symbolises the wind. The temple is also regarded as Kasi Dakshina and Kshetra Rahu-Ketu.

Veerabhadra temple Lepakshi : The Veerabhadra temple Lepakshi is situated in the Anantapur district of Lepakshi, Andhra Pradesh, India. The Vijayanagara architectural style of the temple, which was built in the 16th century, is evident in the wealth of sculptures and paintings that cover almost every visible surface. It is one of the monuments of national significance that is primarily protected. The well-preserved fresco murals depict scenes of Rama and Krishna in extremely vibrant clothes and colours from the epic legends of the Ramayana, Mahabharata, and Puranas.

Pattiseema Veerabhadra Temple : In West Godavari, Andhra Pradesh, near Pattiseema, the Veerabhadra Temple is situated on Devakuta Parvatham, a mound on an islet in the Godavari River. Veerabhadra is the temple’s namesake, and it is devoted to Shiva.The Skaanda purana, a collection of Hindu holy literature, lists the temple as one of the “pancha Kasi kshetras” (five significant tranquil locations).

Yaganti Temple : In the Kurnool district of the Indian state of Andhra Pradesh, there is a temple dedicated to Lord Shiva called Sri Yaganti Uma Maheswara Temple or Yaganti. It was constructed in keeping with Vaishnava custom. Sangama Dynasty King Harihara Bukka Raya of the Vijayanagara Empire erected the temple in the fifteenth century. It was created in a Vaishnava-inspired manner. 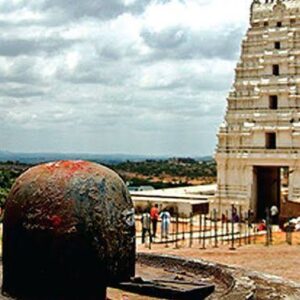