Venkataramana Temple Karkala, also known as Padutirupathi, is a temple in the Indian state of Karnataka. It was built by Karkala’s Goud Saraswat Brahmins and dedicated on April 25, 1537.

This temple dates back to the 14th century, when the Jain Bhairarasa Odeyars ruled Karkala and the surrounding areas. The Jain Odeyars gave land to the Gaud Saraswat Brahmins so that they could live a happy life. They also gave them lands for agriculture because these Brahmins did it for a living. The priests of this community, namely the Joishys, Puraniks, and Tantris, were the main people who existed since the 14th century. The exact date of construction of this Venkataramana Temple Karkala is unknown because there were no written materials or documents available at the time.

The installation ceremony was the main draw of this temple. The Gaud Saraswat Brahmins (GSBs) arrived in Karnataka looking for food and shelter. They visited every location along the coastline. Some of them settled in Karwar, Ankola, Kumta, Bhatkal, and Shirali, among other places. A few of them moved to Kerala and settled in Ernakulam, Cochin, Manjeshwar, and other places. The remainder of the group traveled to Udupi and Dakshina Kannada (which was previously under Mysore State). Between 1400 and 1450 AD, these GSBs arrived and settled in Jains’ Pandya Nagari (now known as Karkala).They brought all of their belongings and household items, including an idol of Lord Venkataramana. Soire Prabhu was the first GSB to enter Karkala, and his great grandson, K. Ramesh Prabhu, is the temple’s current trustee. They are also known as the Karkala Padu Tirupathi Temple’s first Mokteswar. The Soma Sharmas were another family who migrated from Goa with Prabhu’s. He worked as a priest at the Tirupathi Temple. Prabhus began their life in Karkala as they had done in Goa, with all the rites and rituals. They were joined by their priests.

Some of the GSBs arrived here after wandering from place to place in search of shelter and food. They met with the Jain kings and informed them about Prabhus, Sharmas, and GSB priests. They granted these individuals permission to remain with them. In 1450 AD, all of these GSBs came to Jain King Immadi Bhairava and asked for land to build a temple for Lord Sree Venkataramana. The Jain king gladly gave them the land for the same purpose, along with some black stones found in the area. This demonstrates that the Jains supported other religions. The land they gave to the GSBs was occupied by a Mutt lady (religious institution for learning Vedas and Puranas). 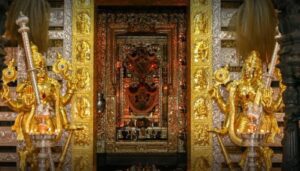 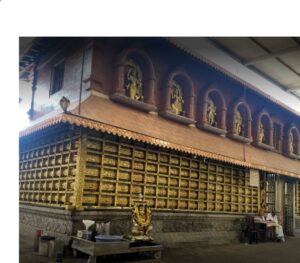 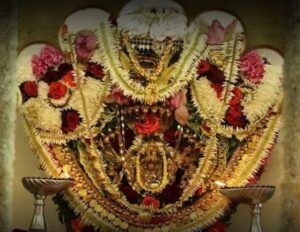