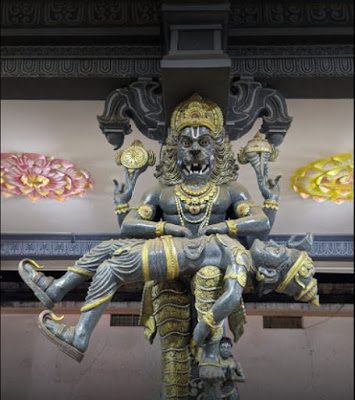 Venkateswara Temple is a Vaishnavite temple located in the city of Dwaraka Tirumala, West Godavari district of Andhra Pradesh, Indian state. The Dwaraka Tirumala Temple is dedicated to Vishnu’s incarnation, Lord Venkateswara. The temple is also known by other names such as Chinna Tirupati which means Small Tirupati.

After the great saint, “Dwaraka” who found the self-manifested idol of Lord “Sri Venkateswara” after extreme penance in a ‘Valmikam’ (ant hill), this pilgrimage centre is called “Dwaraka Tirumala”. The devotees refer to Sri Venkateswara as Vaikunta Vasa Kaliyuga. Also this location is called “Chinna Tirupati”.

According to Sastras North Indian rivers such as Ganges and Yamuna are considered more and more holy as they go up to the origin and south Indian rivers such as Krishna and Godavary are more and more holy as they go down the river to its mouth to the sea.Therefore, at near intervals, there are numerous shrines and holy bathing ghats in their lower regions on both sides of the great rivers Krishna and Godavary.

As Brahma Purana points out, the area protected by our Dwaraka Tirumala commands the top-most conspicuous location in India, being garlanded by these two great Indian rivers Krishna and Godavary.

The devotees who wish to go and give their offerings, or tonsures, or any other offerings to Lord Venkateswara, Lord of Tirumala Tirupati, called “Pedda Tirupati,” may give their presents, prayers, and worship in the temple of Dwaraka Tirumala, for some reason, if they can not go there.

Dwaraka Tirumala is an ancient temple of great renown. The Dwaraka Tirumala Temple is famous even in Kruta yuga, and still attracts the devotees, according to some Puranas. The Grand Dad of Lord Sri Rama also worshipped Lord Venkateswara for his marriage, according to Brahma Purana, Aja Maharaja. He was going by the temple on his way to Indumati’s ‘Swayamvaram’.

He hadn’t offered temple prayers. He was garlanded by the bride Indumati, but he had to face a fight with the kings that had come to the Swayamvaram. He knew the battle for missing the temple on the way was thrust on him. Aja Maharaja prayed to Lord Venkateswara, after realising this. The war was Abruptly halted by the kings.

Having two principal idols under one Vimana Sikharam is a great wonder. One idole is a statue full and complete. The other one is a half statue of the upper part of the Lord ‘s body. The upper part of the shape is a self-manifested idol “Dwaraka” found by Sage. The yore saints believed the Lord’s prayers are not complete without adoring His holy feet.Thus the saints united and set up a complete statue behind the self-manifested idol to worship the Lord’s feet according to Vaikhanasa Agamam.

Prayers to the Lord’s smaller figure are believed to lead to Moksha, and the large form stands for Dharma, Artha and Kama. Twice a year is celebrated The Tiru kalyanotsavam. One for the self-manifested idol in “Vaisakha” month, and the other for the mounted idol in “Aswayuja” month.

One experiences a most encouraging and enchanting feeling upon entering the sanctum sanctorum. The presiding mythological god Lord Venkateswara is visible up to the height of the Head, and it is believed that the lower part is in the earth. In “Patala” the holy feet are said to be offered for his daily worship to Bali Chakravarthi.The full-size Lord Sri Venkateswara idol standing at the back of the main temple is said to have been installed by the great 11th century social reformer Srimad Ramanuja. The Padmavathi and Nanchari idols are installed in the east facing Ardha Mandapa. This is a shrine completely designed to become a Divyasthala.

Darsanam: Regular, Darsanam is given to the devotees. Dwaraka Tirumala Timings for Darsanam are from 6 am to 1 pm in the morning, from 3 pm to 5.30pm and from 7.00pm to 9 pm.

Seeghra Darshan: This is Darshan Special Form. People may use this form of Darshan with a shorter time span. dwaraka tirumala darshan timings are from 6 am to 1 pm in the morning, from 3 pm to 5.30pm and from 7.00pm to 9 pm.

For this form of Darshan the ticket rate is Rs.100/- per head.

Providing free meals (anna prasadam) to 2000 pilgrims from 11.00 am to 3.00 pm in regular days. On Saturdays , Sundays and other auspicious days providing almost 4000 to 5000 pilgrims as well as providing for all pilgrims interested in taking anna prasadam from 9.30 a.m. Till 4.00pm.

The annaprasadam is also available from 8.00 p.m. each Friday. Till 11 p.m. To visiting pilgrims who came to Dwaraka tirumala on foot from various locations. Annadanam with a capacity of 364 seats is given at Present 3 halls for conducting.

The Dwaraka Tirumala Devasthanam has different types of Choultries, Cottages and Kalyana Mandapams to provide accommodation for the pilgrims who visit.All the dwaraka tirumala rooms are fitted with a solar water heater system and uninterrupted power supply for 24 hours.

Two dormitories with nominal charges of Rs. 10/- each were started for the stay and convenience of the pilgrims. One at Up-hill and another in M.S.Choultry downhill which is closer to the bus stand. It also has locker facilities and toilets.

Nitya Arjitha Kalyanam to Lord Sri Venkateswara is performed daily. Even the devotees can participate in the Kalyanam Celebration by paying some amount.

The Dwaraka Tirumala Devastanam adopted the traditional dress code in 2018. It was initially introduced for the pilgrims who are taking part in Arjitha Sevas and has now been extended to all Arjita Sevas.

The dress code for men is dhoti or pyjamas with upper cloth.

The preferred dress code for women is saree or half-saree with blouse or churidar with pyjama and upper clothing.

Dwaraka Tirumala Prasadam is distributed every day for devotees to the deity after Nivedana.

There are about 40 steps to ascend to the main entrance. 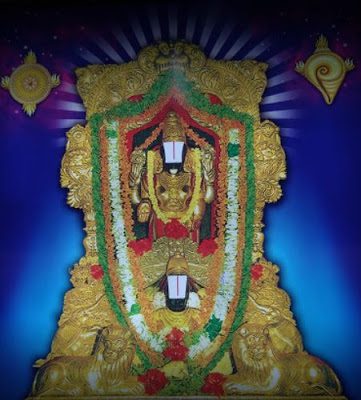 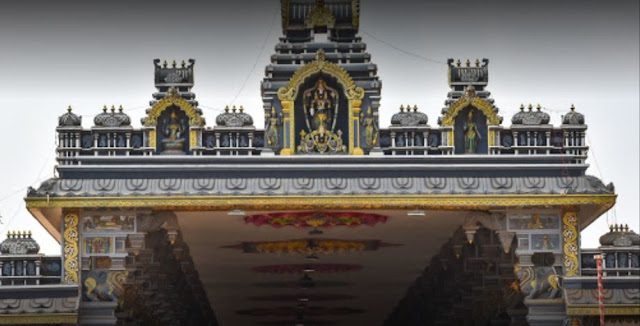 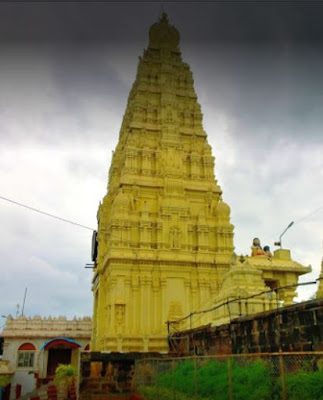