Sullurupeta is a town in Andhra Pradesh, India’s Nellore district. It’s also a municipality.It serves as a gateway to Sriharikota’s Satish Dhawan Space Centre. Sullurupeta is known for the Temple of Chengallamma, likely constructed in the 10th century.

The name “Sullurupeta” originated from the words “Sullu” in Telugu meaning rounds or circles / from the term “Sudulu” meaning “Whirlpool” and “peta” meaning town. It is named after Sullu because it is said to find the goddess Chengallamma in a whirlpool, which is why the name “Sullurupeta”.

Venadu is an island village in the Indian state of Andhra Pradesh district of Nellore. It is situated in the Mandal of Sullurpeta and completely surrounded by Pulicat Lake.

Venadu Village is located in the Sulurupeta countryside near Sri Hari Kota (India Space Launching Station) in Nellore District.The village is known for Hazrat Dawood Shah Wali’s Dargah (Rahmatullah Alaih). What is so special about this Venadu Dargah is the aforementioned Buzurg’s Mazar’s length.

Goddess Sri Chengalamma Parameswari manifested herself in the village of Sullurpet on the Kolkata-Chennai highway and the sullurpet temple was built on the banks of the Kanlangi River.

V Epiq in Sullurpeta is the biggest cinema screen in Asia and the third biggest in the globe. It is 106 feet wide and has a capability of 670 seats. The Sullurpet Multiplex will have two more 170-seat displays. For a more mind-blowing experience, one of them will have Dolby Atmos sophisticated 3D surround sound with woofers attached to each seat. Apart from that, visitors will be entertained by an all-terrain vehicle track. The price is 80 Rs crores and 7.5 acres. 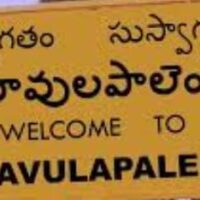 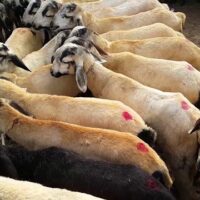