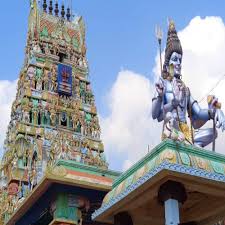 The Mulasthaneswara Swamy Temple is situated in Mulapet, the town of Nellore. This Shiva temple also called Mulapet Sivalaym temple. Built-in 1400 years ago, this temple. This temple is located in Nellore city’s western side. The temple Raja Gopuram built during the rulers of Manuma Siddhi.

A cattle known by the name of Mukkanti was there. Who used to look at the forest’s wealthy grass. One day Mukkanti discovered that his cowherd is not producing milk and insured. The cowherd was watching the cow. He discovered that on an ant hill the cow empties its milk.Then he beat the cow, the cow fled from there, but his axis struck a rock on the ant hill from where the blood begins to blow. In Mukkanti’s dreams, Lord Shiva appeared and ordered to construct a temple. Thus the place is called the Temple of Mulasthaneswara.