Draksharamam Bhimeswara Swamy Temple is 28 km from Kakinada, 50 km from Rajahmundry and 25 km from Amalapuram. There are many pilgrim centers throughout the Sacred “Mother India”‘s length and breadth.”Draksharama” is one of them in Southern India on the Godavari River’s Eastern Bank. One of Shiva’s five shrines known as Pancharama Kshetras is the Bhimeswara Swamy temple in this city.

It is known colloquially as Draksharama carrying the implied significance as “Draksharama” meaning the Abode of Daksha Prajapathi – Lord Siva’s Father-in-law and the beloved Father of ‘ Sati ‘ Lord Siva’s spiritual wife.

Daksha Prajapati is Lord Brahma’s son and Lord Vishnu’s grandson. With the assistance of Trimurti (Brahma, Vishnu, and Shiva), he rises to authority and becomes the head of all Prajapatis. He begins to become arrogant after growing to power and gaining authority from Creator, Preserver, and Destroyers. Daksha is asking Chandra (Moon God) to marry her 27 adopted sisters (Nakshatras Ashwini, Bharani, etc.).Chandra acknowledges the suggestion and marries all 27 stars, but she loves Rohini very much and disregards all the other 26 stars. Because of his negligence, 26 Daksha’s surviving children go to Daksha and complain about Chandra’s poor conduct. Daksha provides him a curse after becoming angry by Chandra’s actions to get infected with tuberculosis and die.

Chandra is going to Lord Shiva, begging for his mercy. As a kind god, Shiva acknowledges his request and vows to save Chandra. Daksha goes to Shiva asking for Chandra not to be saved. Shiva denies the appeal of Daksha and informs him not to break his commitment to save Chandra. This makes Shiva’s Daksha furious.Then Lord Vishnu comes to rescue and makes two transitions between Sukla Paksha and Krishna Paksha to Chandra.Chandra prays that Siva will accept his life at the feet of Siva.Siva lifts Chandra from his feet and makes him “Chandra Mouleesawara” on his head.In the meantime, this spat ego between Siva and Daksha worsens.

Daksha intends to get married to his daughter Sati and announces Swayamvara in the idea of insulting Siva, Daksha holds a statue of Shiva as a gatekeeper at the door.Sati things Siva is stating as her husband.Siva arrives and takes Sati after marrying her to kailasa with him.Daksha is angry about this and increases Shiva’s enmity.

Daksha announces yagna after a few years, where he avoids inviting Siva and calls her “Nireeswara yagna.”All devas caution him against the odds that Siva is not invited and insulted.Daksha provides them a cold shoulder and begins to do “Nireeswara Yagna.” Knowing that her dad is committing a huge sin, Dakshayani / Sati wants to prevent his dad from doing so.Sati wants to go at any cost and Siva accepts her request about going there.Sati reaches Daksha vaatika, asking her mom and siblings to prevent yagna, but they’re not talking to her.She goes to all invited people and asks them to stop the yagna but they’re not going to assist her.She finally goes to her dad and asks him to prevent “Yagna Nireeswara.”

Instead of preventing yagna, Daksha begins to abuse and humiliate Siva and Sati from all sides.Because of her and her husband’s excellent insult, Sati immolates at “Daksha aaraama.”Knowing Sati’s immolation, Siva enters profound rage and pain.He dances in grief and rage like a maniac.

Later, at Daksha’s wife’s request, Shiva brings Daksha back to life by setting goats head to his body.Siva lifts Sati’s body with excellent grief and begins dancing.Vishnu cuts Sati’s body into 18 sections to regulate Siva’s grief, and those pieces are dropped in various locations in India.Shakti Peetas is the location where the body pieces of Sati fell.Here, in the Draksharamam Navel region of Sati devi, the Siva (Bheemeswara) goddess was called “Maanikyaamba.” Where in Sanksrit Mani means navel, goddess has been named “Maanikyaamba.” Thus Drakshaarama’s “Bheemeswara and Maanikyaamba.”

Shasti Festival in the Month of December every year.

There is one Choultry next to the Temple’s compound wall.

Draksharama is located in the East Godavari district of Andhra Pradesh, just 6 km from Ramachandrapuram. Only one can get there by bus. Kakinada and Ramachandrapuram offer excellent bus facilities. Kakinada, Rajahmundry, is the closest railway station. Samalkot.

rajahmundry to draksharamam is 46 kms

vijayawada to draksharamam is 196 kms

annavaram to draksharamam is 75.5 kms 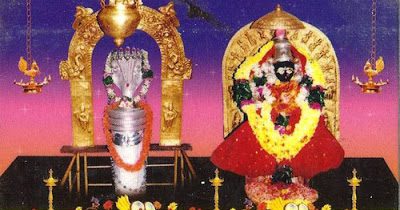 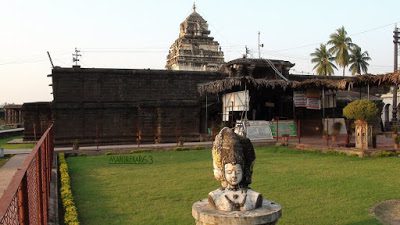 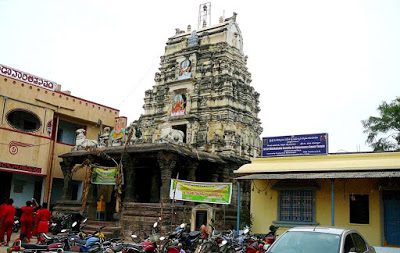 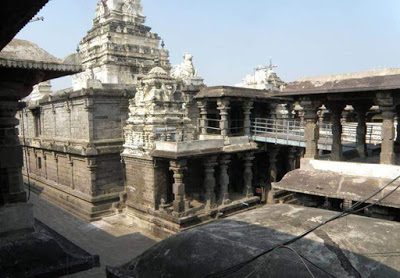